Primary Glaucoma is an inherited condition, also known as Angle Closure Glaucoma. It usually begins in one eye, but almost always eventually involves both eyes, leading to complete blindness.

Abnormal drainage of the eye’s aqueous fluid leads to the pressure inside the eye rises to double or treble its normal value. The increased pressure destroys cells within the retina, and this can happen so quickly that often treatment is too late to restore eyesight.

It is characterised by sudden onset blindness and pain, and such is the damage that removal of the eye may prove necessary in many instances. The onset of glaucoma is a medical emergency.

A condition called goniodysgenesis, in which dogs are born with a narrowing of the iridocorneal angle (the angle at which the iris and cornea join) is known to be a major risk factor for the development of Primary Glaucoma. Veterinary Ophthalmologists use an eye test called gonioscopy to identify those dogs that may be predisposed to the development of Primary Glaucoma.

This test involves placing a special contact lens directly onto the surface of the eye which allows examination of the drainage angle. Gonioscopy is a one-off test, and screening can be carried out on dogs from the age of 4 months onwards.

Retinal dysplasia is an eye disease affecting the retina and is usually non-progressive. As well as a genetic defect, it can be caused by a viral infection, drugs, or Vitamin A deficiency.

It is characterised by folds or rosettes (round clumps) of the retinal tissue. Retinal dysplasia can be focal, multifocal or geographic, or accompanied by retinal detachment (causing blindness).

The lens is the part of the eye which functions to bring objects to correct focus on the retina. A cataract is any opacity occurring in the lens affecting its transparency. In most cases, the formation of cataracts is associated with abnormal water and calcium content within the lens substance.

Causes for these abnormal chemical levels range from environmental, to metabolic, to hereditary, and can occur during the development of the lens (developmental cataracts) or be a result of degenerative changes after development has occurred (degenerative cataracts).

PRA is a term that describes a group of genetic diseases of the eyes in which the unexplained degeneration of the retina (the vision-sensing mechanism at the back of the eye) can lead to vision loss. Most often seen in dogs (only rarely in cats), it is typically classified as generalized (GPRA) or central (CPRA).

Loss of vision in both eyes as a result of the loss of the retinal cells that sense light (photoreceptor cells we refer to as rods and cones). Early- and late-onset forms of the disease exist. The early version is typified by an abnormality in the development of these cells, resulting in vision problems during the first few months of life.

In the late-onset form, the cells develop normally, but degenerate later in life, causing the first vision problems around three to five years of age. Humans can suffer a similarly devastating disease process called retinitis pigmentosa.

CPRA Central progressive retinal atrophy, a rare form of PRA, is also known as retinal pigment epithelial dystrophy (RPED). It’s a disease in which the pigmented epithelium (superficial coating of the retina) degenerates and loses its ability to process light — and consequently affects vision. CPRA tends to occur in older dogs and has been associated with vitamin E deficiencies. Luckily, it’s slowly progressive, and not all affected dogs lose their sight.

GPRA usually begins with the loss of night or dim light vision, then progresses to an inability to see in bright light, eventually resulting in blindness. Many dogs may compensate for the gradual loss of vision, so owners may not notice until their pets are quite visually impaired. Unfortunately, this means the process is significantly advanced before the disease is typically identified.

In early-onset GPRA, loss of night vision usually occurs before six months of age, leading to complete vision loss within a year or two. The speed of progression of these signs can vary widely among dogs.

In late-onset GPRA, night blindness may be noticed between three and five years of age, progressing to total blindness by six to nine years of age. Some dogs may also develop cataracts, making diagnosis more complicated.

With CPRA, the insidious nature of the process is even more pronounced. That’s because peripheral vision may be retained for a length of the time. Interestingly, a CPRA-affected dog’s vision may actually be better in the dim light as well as for far away and moving objects, thereby allowing owners to assume that vision remains acute, even while it’s becoming severely impaired.

The retina is the neurological structure in the back of the eye which receives light and converts it into an electrical signal. The retina contains special light-sensitive cells called rods and cones that help an individual to recognise the presence of light and form an image of its environment – as white and shades of grey (rods) or colours (cones).

This electrical signal is transmitted to the brain by way of the optic nerve and is interpreted by the brain as vision. Mild dysplasia appears as “folds” in the inner retinal layer, called retinal folds. In “geographic” retinal dysplasia there are larger areas of defective retinal development.

In the severe form of dysplasia, known as retinal detachment, the retinal layers do not come together at all. Retinal folds represent small blind spots which are probably not even noticed by the dog. However, geographic dysplasia may lead to large deficits in the visual field. Dogs with complete retinal detachment are blind.

The development of the retina is quite complex. It forms from a small part of the front of the primitive neural tube, the structure that becomes the nervous system (brain and spinal cord) of the adult. Malformations of the retina before birth are rare but can be due to either hereditary or environmental (in the uterus) influences.

Retinal dysplasia is a type of retinal malformation. The word “dysplasia” simply means “a defective development of an organ or structure”. Retinal dysplasia occurs when the 2 primitive layers of the retina do not form together properly.

Retinal dysplasia is not progressive. It is a congenital defect and animals are born with as severe a condition as they will ever get. Retinal dysplasia can be detected as early as 6-8 weeks on a CERF examination.

However, because the size of the eye is small and young puppies are often wiggling during an examination, a 6-month recheck is recommended for the ophthalmologist to better see the back of the eye 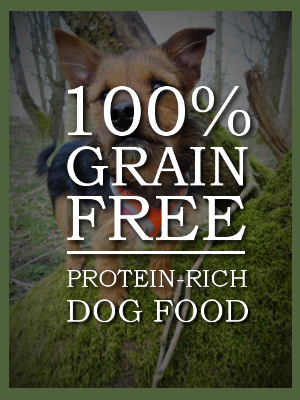 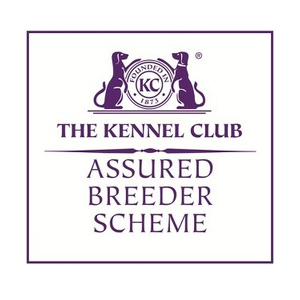